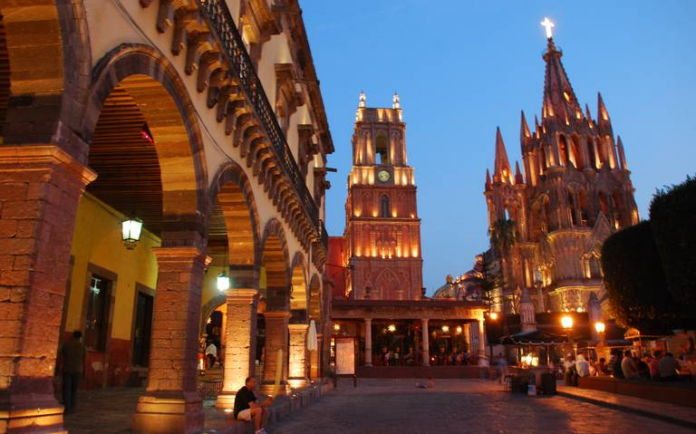 The city of San Miguel de Allende was one of the main stages of the Independence struggle. Its streets and alleys preserve the splendor of the Viceroyalty. This place catches you and makes you fall in love.

Municipality located north of the beautiful state of Guanajuato, considered Forge of National Independence and cradle of illustrious men, colonial jewel that is distinguished by the warmth and generosity of its people, its historical, cultural, gastronomic and architectural wealth that has dazzled hundreds of people over the years, has made it one of the most recognized places in the world.

Congratulated with several awards in the last six years as “The Best City in the World”, San Miguel de Allende has become the jewel in the crown of the state of Guanajuato. And it is not for less, because this city, located exactly in the heart of the national territory, has all the services, resources and scenarios that you can and cannot imagine to live the best tourist experience of your life.

You will be surprised at an early hour, with the natural lighting of its beautiful cobbled streets, some showing off their flagstone sidewalks, characteristic of the region, and others, paved with San Luis style.

Its architecture and its vegetation maintain a temperate dry climate, being its best season to visit that of spring-summer.

The best way to visit and get to know San Miguel de Allende is by walking through its streets and being surprised by its cobbled streets. Visitors will find a surreal city, with colorful walls, mansions with balconies, doors, and friendly people. In the surroundings of the city, visitors can enjoy the natural attractions of the destination, bathing in hot springs, strolling in vineyards, riding in a hot air balloon or receiving the adrenaline of an ATV ride.

In addition, this area is important for its thermal water spas, undoubtedly the perfect place to achieve a state of relaxation, peace and coexistence with nature, with amazing and unique spaces to enjoy with the family.

One of the distinctions that this destination has, is that throughout the year Cultural and Gastronomic Festivals are held, which are recognized worldwide for the quality with which they are developed, in addition to celebrating with joy the traditions and popular festivities , another important attraction of our population since the fervor of its people impresses locals and strangers, among the most important are, the feast of the Patron Saint San Miguel Arcángel, La Santa Cruz, El Señor de La Conquista, the Convite de Locos , Feast of the Day of the Dead, Feast of the Blessed Virgin of Loreto and the National Holidays.

We cannot ignore that many people have been fascinated by the good taste and diversity of culinary styles that have increased the fame of our destination.

When strolling through its cobblestone and picturesque streets we can find restaurants that offer Mexican, Italian, international, Creole-Cajun, French, fusion, seafood, to name a few, of course with a high gastronomic quality that will please even the most palates. demanding as we have nationally and internationally recognized chefs who have fallen in love and have taken up this magical city as their residence.

It is important to highlight that San Miguel has top quality restaurants, with innovative proposals and haute cuisine that are part of the “Mexico Gastronomic Guide” with 4 exponents among the 120 best in the country: Áperi Restaurante, Marsala, Bovine and Trazo 1810

Taxi: 70 pesos from the terminal to the center

Accommodation for any budget, from Boutique Hotels to Hostels

Dry-temperate, hot summer and dry and cold winter, little rainfall during the year

Gem of the place

The Sanctuary of Jesús de Nazareno de Atotonilco, the place for which San Miguel de Allende was named a World Heritage Site by UNESCO. The distinction was awarded due to his cultural and architectural contribution to the Mexican Baroque.

There is an unmissable sandwich such as taquitos de piloncillo, but it also has restaurants to enjoy signature food.

On the first Sunday after June 13, San Miguel de Allende celebrates San Antonio de Padua and Pascual Bailón, with a parade of thousands of people dressed as various characters. This parade that fills the streets with colors is called “El Parade de Locos”. 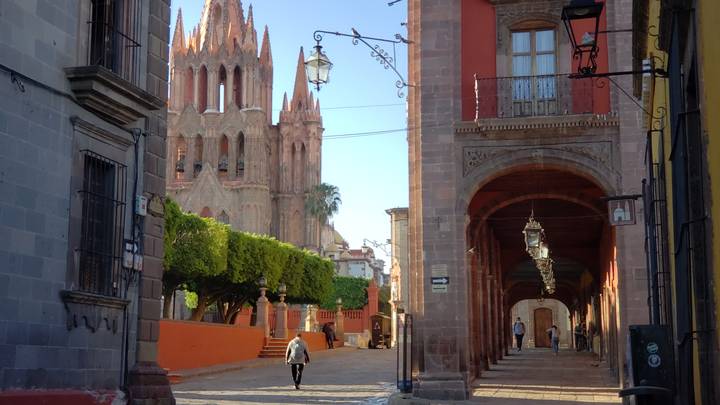 At night, in front of the temple of the Oratory, they sell delicious huaraches that you can accompany with a peel atole.

You can visit the “Adventure Park, San Miguel” where you can cross a canyon on several zip lines and a suspension bridge 150 meters high.

In the world, it shares links with metropolises in different countries, the United States being the one with the most relationships. Likewise, Spain, Argentina, Italy, and Japan have also strengthened ties with San Miguel de Allende. 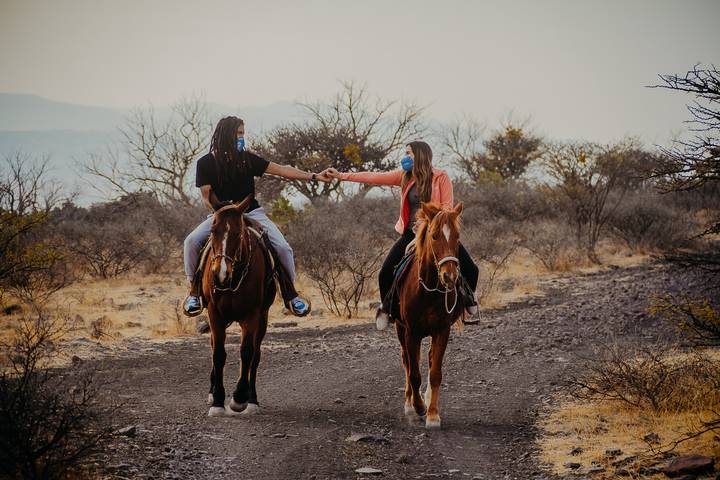