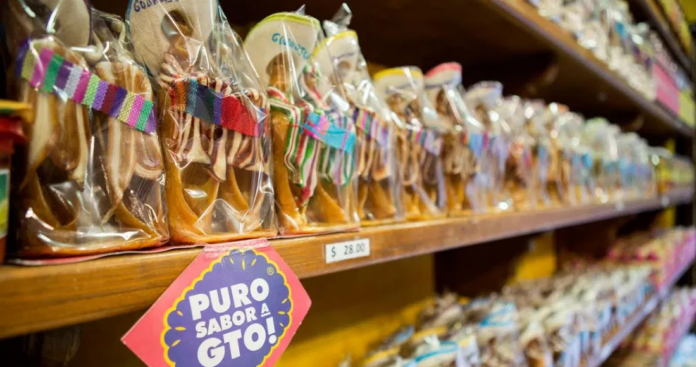 Charamuscas, alfeñiques, jamoncillos and tumbagones are some of the typical Guanajuato sweets that leave a delicious taste in the mouth when visiting the state.

Guanajuato is a destination with beautiful landscapes, archaeological sites, and a lot of history that has much to offer visitors, gastronomy is no exception. Guanajuato has delicious and typical sweets that are produced in different municipalities of the entity, here we share some.

This sweet has sugar as its main ingredient and takes almost any form. In ancient times the indigenous people began to make various figures to decorate the offerings, later this tradition took the form of skulls, which are commonly used in the altars of the Day of the Dead.

In addition to sugar paste, some artisans often use vegetable paint to give details to their creations, ranging from fruits, skulls, coffins, animals and much more.

In Guanajuato, the elaboration of this sweet has approximately two centuries. It is a preparation made from piloncillo boiled in water and butter, which after reaching its exact cooking point is stretched until it reaches the desired shape, which can be from twisted churros to mummies or quixotes. Some artisans add flavors such as coconut or walnut to this preparation to give it a touch of special flavor.

When hearing its name, something made of ham comes to mind, however, it has nothing to do with it, since it is made of dulce de leche, that is, milk and sugar. The presentation of the ham can be in the form of a bar, blocks, or diamonds, but they are generally decorated with whole or chopped walnuts.

If you go to the Magic Town of Dolores Hidalgo and you cannot miss one of its refreshing snows. This municipality is not only famous for being the Cradle of Independence, but also for this delicious dessert. You find them in various stalls in its main square. The flavors are so varied that they range from avocado, cheese, pistachio, to the most exotic of mole, chicharrón, tequila, among many more.

A typical sweet from San Miguel de Allende, known as the sweet of fidelity. Its name comes from the word “tumbaga” which refers to a delicate ring that used to be given to the friars in the representation of their fidelity to God.

It is made from wheat, orange, anise, cinnamon pasta and sprinkled with icing sugar. Legend has it that, to eat a tumbagón you must grab it with your little finger and bite it in half, if the candy breaks and falls, it means that the person is unfaithful.

The tumbagones are known as the sweet of fidelity. Photo: Courtesy

One of the most traditional and delicious Guanajuato preparations, which has become a tourist icon of Guanajuato and, above all, of Celaya. It is a preparation made from goat’s milk, which was formerly packaged in wooden “bowls”, hence its name.

Its preparation consists of pouring milk and sugar into a copper saucepan and letting them boil for approximately 4 hours, before being packaged. There are some other variations such as the burnt cajeta, in which the cooking time is doubled. Over time some other ingredients such as vanilla or alcohol have been added to give it a different flavor.