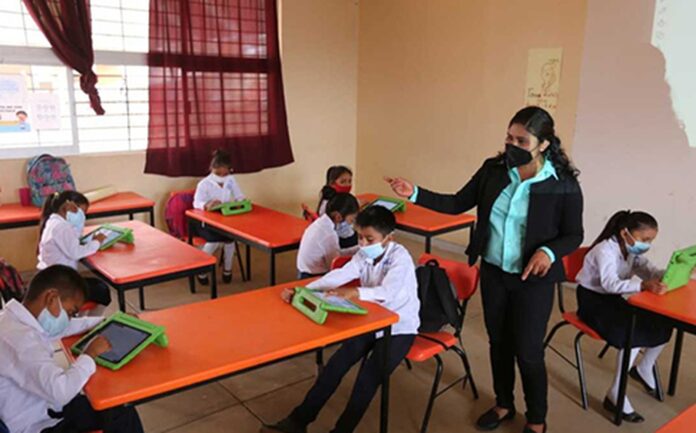 Guanajuato.- A total of 118 schools will be able to start face-to-face classes on Tuesday, May 11th, as part of the pilot program organized by the Guanajuato Secretariat of Education (SEG).

This was announced by the head of the SEG, Jorge Enrique Hernández Meza, who said that 710 educational centers were registered to be part of this test phase; most of the schools belong to the private sector (65.4 percent), and the rest belong to the public sector.

Subsequently, the Technical Steering Committee carried out a comprehensive evaluation that included visits to schools and decided that 118 schools are in a position to return to classrooms on a trial basis.

Of this number, 85 are elementary, 15 secondary, and 18 universities; which are distributed in 43 of the 46 municipalities in the state of Guanajuato. The 118 schools are joined by the ENES of the UNAM, the Tec de Monterrey campus León, and the Ibero León, schools where they previously began their pilot tests.

Jorge Hernández clarified that the foregoing does not mean that the other schools cannot later join the pilot program.

“ It is not that they have not qualified in this first stage, some schools are going to go back to the classrooms on May 17th,” the Education Secretary said.