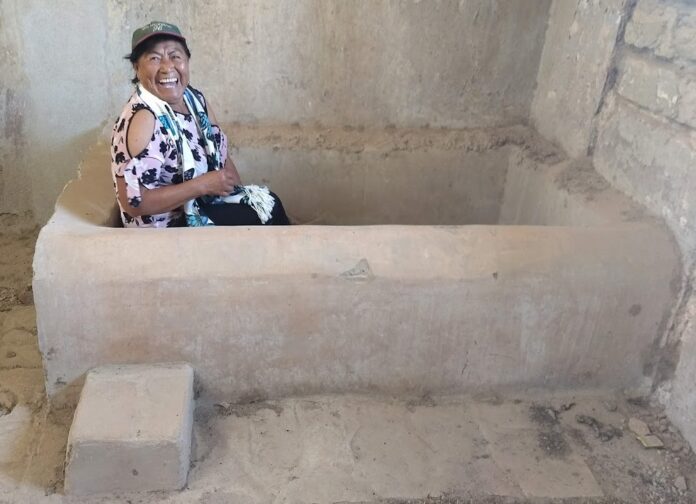 Recently I took a new to San Miguel de Allende pal out to San Miguel Viejo (where the town originally started) for a nice stroll back to town via the bucolic countryside.  Unfortunately it was one of those times the nearby water treatment plant just released a deluge of sewer water cascading to the lake.

Even with pandemic masks on the smell was so horrifying the entire village stank and our eyes watered profusely.  My dogs were in Heaven!

To put the smell in perspective I raised my kids on a remote barrier island only reached by boat.  Until this day I truly though nothing smells worse than the marsh at low tide on a hot day as, basically, a marsh is the planet’s place where all dead things go to decay.  The odor of San Miguel Viejo was worse, reminding me to never buy property a stone’s throw from the water treatment plant and exactly why do we not throw toilet paper in the crapper?

Sidebar:  Thomas Crapper wonderfully marketed the then-modern toilet.  Due to his unfortunate last name, Crapper, most assumed he invented the toilet and Senor Crapper made no effort to correct that rumor.  He was truly a super shit-obsessed salesman.

Until not all that long ago, holes in the ground were the most common Mexican toilet unless you were rich and had servants to empty your chamber pots.  Most servants simply tossed the dirty water out an upper window causing those on the street to yell “Aguas!” meaning dirty water was about to land on your head.

To this day one says “Aguas” to warn of imminent danger.  Once I was riding shotgun in a van full of danzon dancers when we got way too close to the car in front of us forcing me to yell “Aguas!”  The driver was quite impressed I knew what to say to alert him but near death experiences give one great clarity.

When visiting an old hacienda or home museum, don’t hesitate to ask to see the pissing pot as many were ceramic decorated quite nicely with flowers or art deco designs, though nary a Virgin or Saint for obvious reasons.  Don’t dump on those that help you!

Sidebar:  You’ve likely noticed many toilets lack covers.  Those were invented for cold climate dwellers so their tiny heinies wouldn’t touch cold porcelain.  Mexico doesn’t get that cold so there’s no practical use for a toilet seat cover.

Back to today’s toilet paper filled trash bins by every toilet.  The problem is often not the municipal sewer system that releases odors, but likely the drainpipe between the toilet and the street drain connection.

Traditionally, drains from the house to the street are short sections of red clay pipes joined together. Over time, the clay pipes became porous and rough on the interior surface, while joints between pipe sections break. Also the side walls of the clay pipes slowly collapse.

These conditions do not promote the easy flow of toilet paper along the sections of pipe. The toilet paper or waste product can become hung up on the joints, breaks or rough surfaces. Once stopped along the sidewall, they become a collection point for more and more toilet paper and waste, which eventually clogs the pipes and stops the flow of waste.

Sidebar:  During the recent toilet paper shortages in the US, Petalo became the most imported Mexican brand opening itself up to whole new market.  The cute dog icon likely helped!

Modern drain systems use plastic piping (typically PVC) for the drainage of waste. These plastic pipe systems tend not to have the hang up points along the length of pipe for the toilet paper. Less clogging means a more smooth waste flow.

There are other factors that affect the movement of waste along the length of the drainpipe. The slope or inclination of the pipe impacts the waste flow. If the pipe is too steep, the waste flows quickly down the pipe. However, elements of the waste could become stuck to the side of the pipe and become a point for future toilet paper to hang on to, helping to form larger and larger clogs that eventually plug the drainpipe. Ideally, the drainpipe is sloped or inclined approximately 2% or ¼ inch per foot of length.  This keeps the waste in the pipe, wet and amid liquid to lubricate and promote its slow but constant movement along the pipe’s length.

Unless you’ve Superman-esque X-ray vision don’t assume what types of piping comes from your house or how they were laid.  My home is only about a decade old but I know way too much about the plumbing.

I learned when there is a blockage my little laundry room smells like Satan’s water closet.  After much trial and error the plumbers learned the problem was coming from me or my neighbor.  More digging led to finding the blockage, a massive amount of used condoms.

Suffice to say the plumbers teased me unmercifully and I can take a joke, particularly if it makes me appear studly.  I also know, that like a swan, I tend to mate for life and have no use for birth control beyond age.  My neighbor’s house is a rental and frequent home of weekend parties.

I’ve asked the house next door’s owner to place signs asking folks not to flush condoms but, not surprisingly, she was mortified at the whole notion.

Suffice to say, there are plenty of good reasons to not flush your paperwork, or most anything else beyond aguas.

India and Guanajuato strengthen ties for technology and knowledge transfer