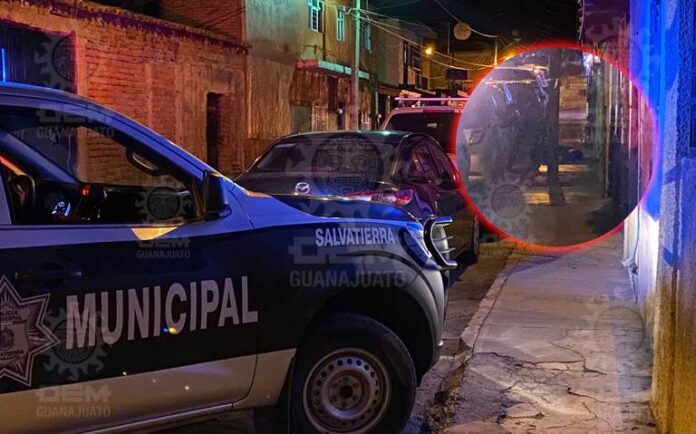 The head of the State Search Commission, Héctor Díaz Ezquerra, remembered Javier as a young man dedicated to the tasks of the agency since he entered it last November.

Before joining the organization, Javier eagerly searched for his sister Lupita, a teacher who disappeared in February 2020 and found lifeless in a grave in Salvatierra, last February.

The 27-year-old lawyer died from a firearm, which he received when he was walking along Abasolo Street in the center of Salvatierra, around 11 at night, confirmed the State Attorney General’s Office (FGE), which initiated an investigation to clarify the homicide.

According to media in the region, residents of the center made several calls to 911 to report shots, so municipal police and paramedics went to the indicated place and found the lifeless body of the official.

The head of the State Search Commission, Héctor Díaz Ezquerra, remembered Javier as a young man dedicated to the tasks of the agency since he entered it last November.

“The truth was well dedicated and delivered; He came from being a victim, precisely because of his sister, and well, he joined us, and the truth is that he was always willing to work and support. It is a very strong loss for all of us, ”said Díaz Ezquerra.

In search of his sister

On February 29, 2020, elementary school teacher Lupita Barajas Piña, 32, the mother of a girl, disappeared on a street in Salvatierra after leaving her parents’ house to buy cakes for lunch. His disappearance caused great commotion in the state.

The teacher – originally from Salvatierra – was living in Irapuato, where she was teaching at a rural school in the La Valencianita community when she disappeared. Her family looked for her every day and relied on local collectives.

It was then that Javier, Lupita’s younger brother, became a search engine and went to various exploration points in the field, which from mid-2020 began to visit the families of disappeared persons, organized with the State and National Search Commissions and with the safeguarding federal and state corporations.

At the end of October and beginning of November 2020, authorities and groups located and explored a mega grave in a neighborhood of Salvatierra, from where 79 bodies were exhumed in total, and on February 19 it was announced that among the remains was identified the body of the teacher.

In addition to collaborating with the State Search Commission – where he asked to enter and was accepted – Javier was studying for a master’s degree in Criminology.