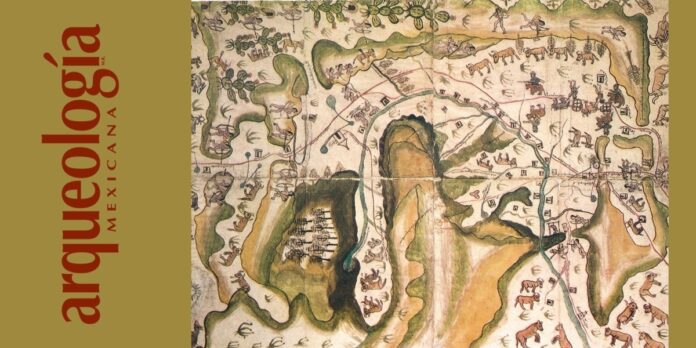 My best pal in college was a Geography major so I used every opportunity to tease him about paying tuition to simply play Risk all day.  However, truth be told, I was always fascinated by maps and was a little sad to realize that in today’s world paper-based maps simply no longer exist.

Still, the oldest paper map of San Miguel de Allende is really cool featuring remarkable details of not just the area in 1580, but the flora, fauna, population, politics, economics and historical events that shaped the area.

Under orders of the King of Spain all areas under Spain’s control in the Americas were required to map the area including both natural and man-made attributes.  Our 82 by 61 centimeter maguey paper map covers much of the state of Guanajuato focusing on the area between San Miguel and San Francisco de Chamacuero (today called Comonfort).

It appears an indigenous person did the map because whoever it was, really knew the area’s topography, history and current events.  The map is clear portal to what life was like here in the second half of the sixteenth century and is considered a codex rich in information of all types.

Flora represented includes magueys, cacti, pines, oaks and willow trees.   Animals represented include coyotes, pumas, horses, cattle and deer.  Some animals are featured in the act of being hunted while others are domesticated and simply graze.

Population indications are quite close to the then reality.

Mountains and water features are shown to scale and accurately placed.

Historical events are shown with precision including the decapitation of the friars just outside what is today their namesake community, Los Frailes.  The friars were bringing a life-sized crucifix to town for being the first recognized city in the Americas by the king when the indigenous hunter gathers, Chichimecas, attacked and took their food.

Throughout the map are images of Chichimeca and Spanish soldiers as both wanted to claim the area as their own at all costs.  Victims killed in the skirmishes appear across the map.  The Spaniards originally named the town San Miguel de los Chichimecas.

Also featured are a few houses and huts that were here at the time plus the parroquia and church of St. Francis in Comonfort.

Industrial areas featured include a grain mill with a waterwheel whose ruins now lie on the edge of Presa Obraje above the Live Agua hotel.  The nearby canyon that is part of today’s botanical gardens is drawn out also.

Roads that were part of the Silver Route taking silver south to Spain and textile supplies north to the mining camps are featured along with well-armed soldiers since outlaws and Chichimecas would attack wagon trains.  The map makes painfully clear the area was often in conflicts and difficult to conquer.

Today the map resides in a Madrid museum but, fingers crossed, it will one day finds its way back home to San Miguel de Allende!