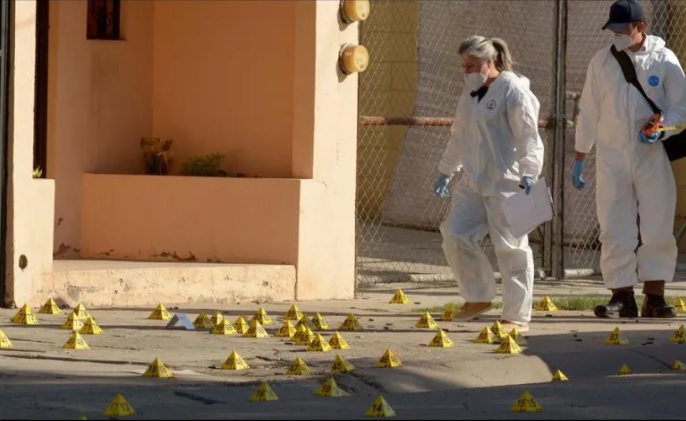 A couple and their four-year-old son were victims of armed men when they were riding on a motorcycle in Celaya’s San Miguel neighborhood.

A couple and their four-year-old son died in an armed attack on Monday afternoon when they were riding on a motorcycle in the San Miguel neighborhood, in the northwestern area of ​​Celaya, Guanajuato .

Armed men fired at the victims from a gray SUV on Antonio Rábago Street; without stopping they fled.

The mother, father and child fell lifeless from the motorcycle in black with red colors . Paramedics from the Secretariat of Citizen Security confirmed that the three members of the family had died from injuries caused by firearms.

The triple homicide was reported to 911 service shortly before 2:00 p.m.

The Secretariat of Citizen Security reported that an operation was deployed in the San Miguel neighborhood, also known as the Swiss colony, with the data from the assailants’ vehicle. The police operation and the monitoring of C4 continue to this moment.

The 25-30-year-old couple and their son have not been officially identified.

San Miguel Literary Sala: Connecting You to the World of Writing