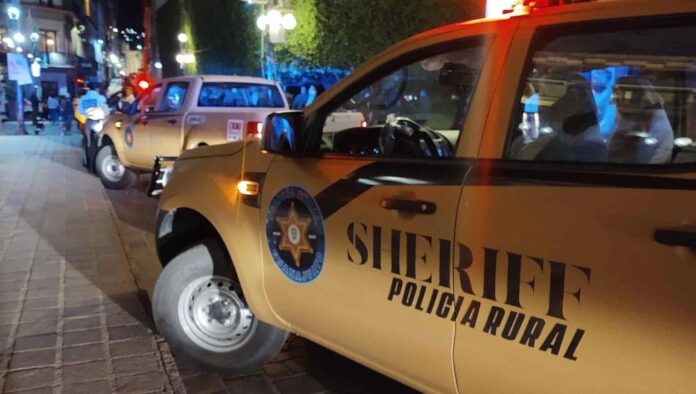 The vehicles are part of “Plan 24”, a strategy implemented by the municipal president Alejandro Navarro to reinforce security

Guanajuato.- they are ready the patrols of the Rural Police in Guanajuato Capital, vehicles that are part of the ” Plan 24 ” a strategy implemented by the mayor, Alejandro Navarro Saldaña to strengthen the security from the Ministry of Public Safety .

The Mayor took a protest this morning at the Juárez Theater accompanied by the state governor, Diego Sinhue Rodríguez Vallejo. In the message addressed to the citizens, who chose him for the second time as their ruler, said that Guanajuato will continue to be the safest city and that they will strengthen measures to keep them that way.

As part of the strategy to achieve that welfare, the President Municipal was added in the past few care units specializing among which are the Gender Police, Environmental Police and Tourist Police, to these is added the new Rural Police the Sheriffs” Integrated with five patrols.

Among the actions that it promises to implement in security are the renewal of the C4 video surveillance department and the hiring of police elements. He assured that the new government will be innovative, transparent and close to the population.

Plan 24 contains more ideas, for now, are only proposals, Alejandro Navarro said that in the coming days will reveal to the capital and will be at the Town Hall where they vote for their conduct and put into action.

Among the rest of the changes that came with the new administration is the appointment of some positions. Martha Isabel Delgado Zarate was appointed Secretary of the City Council and Irma Mandujano García as Treasurer.

Diego Sinhue assured that Guanajuato capital will be supported by the state government. He considered it essential to work in coordination to comply with what society expects of both.