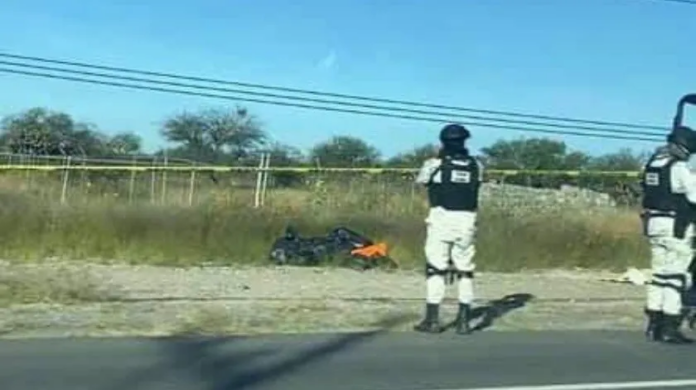 The bodies of 3 men were found dismembered and in black bags on the side of the highway from San Miguel de Allende to Dolores Hidalgo.

San Miguel de Allende, Guanajuato .- The bodies of 3 men were found dismembered and in black bags on the side of the highway from San Miguel de Allende to Dolores Hidalgo. According to the State Attorney General’s Office, cardboard with a message referring to a criminal group was found on top of the bags.

The first rays of sunlight discovered a couple of black bags with orange cardboard on top and traces of blood, which caught the attention of the first people who walked by the side of the San Miguel de Allende – Dolores Hidalgo highway, at the height of the Expansion community of Cieneguita.

The police went to the site and confirmed the existence of the bags, for which they cordoned off the area until the arrival of the Public Ministry.

Experts and investigative agents arrived at the scene and the bodies of 3 men were loaded onto the SEMEFO van. It is known that the 3 heads were in one bag and the rest of the dismembered bodies in the other.

Agents of the Public Prosecutor’s Office carry out investigations to find the identity of the three men as well as to find out the causes of death.