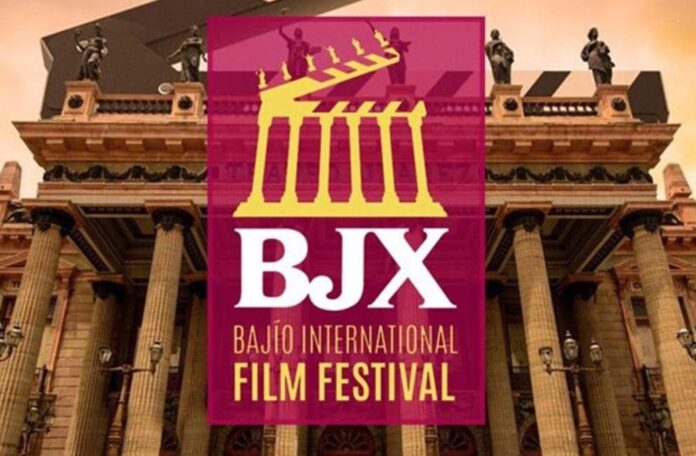 Guanajuato capital, World Heritage City of the state of Guanajuato, will host the 1st. edition of the Bajío International Film Festival (BJX), a cutting-edge film exhibition that will take place from November 17 to 21.

Today, in Mexico City, the Tourism Secretariat, through the Guanajuato State Filming Commission (CFGTO) and the Coordination of Attention to Specialized Segments, accompanied Iván Zarate, executive director of Bajío Fest in Mexico City; and Alejandro Navarro Saldaña, mayor of Guanajuato capital, to the presentation of the program at a press conference.

Conny Vallejo Cortés, coordinator of Attention to Specialized Segments, celebrated that the state ranks 2nd. place nationwide in having highly relevant festivals and is the 9th. A a national destination with the greatest cinematographic activity. And it is that “Guanajuato has passionate and committed people with the Seventh Art, who have been supported by the CFGTO”.

The Bajío International Film Festival, which promotes new talents, film projects, as well as the development of skills in collaboration with the Center for Cinematographic Studies, Universidad Santa Fe, Cine Colectivo Guanajuato, ITESG and the University of Guanajuato, is led by representatives institutions and the artistic community, academics, businessmen and civil society of recognized trajectory.

There will be 25 free activities that will be enjoyed at this BJX -which will have Durango as a guest city, and Spain, as a guest country- and it will be for the entire public; In addition, 3 feature films will be released, among them, Maleza, Santuario and Cannabis Land. And, the 3rd will be held. edition of the Lab // KinoRoom, call for short film production.

This festival includes guest exhibitions of honor such as the Girona Film Festival, Shorts Mexico, Aurora International Horror Film Festival, Durango Film Festival, and the Ibero-American Network of Film Festivals will also participate, of which BJX Fest is a part. as well as Outik Animation from Guadalajara.

Cinematographic Tourism in Guanajuato has a potential for transcendence and has reached international relevance due to its historical importance and its considerable number of attractive settings; Guanajuato offers 17 of the 19 locations most requested by the cinematographic and audiovisual union, available on the page www.comisionfilmgto.com

“As 4th. country with the largest number of cities declared by UNESCO as World Heritage, Mexico has a great responsibility towards humanity as it is, with great pride, the main one on the continent ”, said Iván Zarate, executive director of Bajío Fest in Mexico City

That is why, in this 1st. edition will carry the theme “Wonderful Heritage Guanajuato”, aiming to promote and strengthen ties with the members of the National Association of Mexican World Heritage Cities.

Also present at the press conference were: Héctor Ortiz Polo, Director of Operations for the Guanajuato representation in Mexico City; Miguel Albino, member of the Organizing Committee and representative of Bajío Fest in CDMX; Bernarda Trueba, winner of the Ariel and member of the organizing committee of Bajio Fest.

As well as Salvador Alejandro Corrales Ayala, rector of the University of Communication; Eduardo Aburto Garduño, coordinator of the Filming Commission of the state of Guanajuato; and Ricardo Vázquez, director of the Tourism Promotion Council of Guanajuato capital.