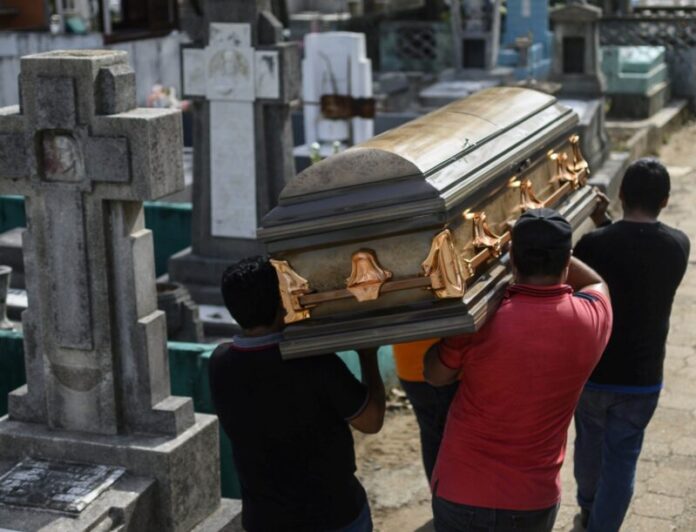 If you, like most Mexicans, believe this is the vaporous world and the real world is when you return to God it has a profound effect on how you experience this world.  For example, why wear a seat belt?  What is the worst that can happen?  You get to return to God that much sooner, hence, why driving in Mexico is a giant game of chicken.

I’ve written, toured and lectured frequently on the Mexican views of death but yesterday my adoptive Mexican Mom of over a decade passed so I got to view Mexican death a bit closer than I have here in the past.

My pal took a tumble breaking her hip and femur literally days before the virus came to town.  In my experience women that break their hips either go through surgery and rehab to recover nicely or it is the start of death’s invasion on their life.  For my pal it was neither and she spent the next two years bed-bound but alert, cheerful and fun loving.

Then one night I noticed her coloring was all wrong.  She was fine then but by morning death’s march had begun.

A priest came for Last Rites which was interesting.  For years I managed a team of volunteers for the dying in North Carolina and there Last Rites was like being assigned to hospice care.  It’s an indication that the end is both near and inevitable.

Here Last Rites seems to go one of two ways.  It may provide the ill with the comfort and ability to leap onto the next plane.  For some it is a push the other direction returning to health and recuperation.  Again, my pal surprised me as it seemed to do neither as she was neither getting better nor dying.

She had nights of seeing her Mom and my dog, Jasper, who was wildly fond of her and visited her nightly for hours until his death last summer.  As any nurse can tell you, seeing the dead is a sure sign death is close by as loved ones show the ill the way.  For me it was the first time a canine presence was included but Jasper was always a good boy.

Finally, after ten days, her pain ended and it was time for visitation, or what we foreigners would consider a wake.  Held at home, as is the custom, the body is in the glass enclosed casket (separating the living from dead) and flanked by four candles in each corner for luck along with scores of flowers that arrive.  Then all day and night the home is open and folks come to visit.

Unless the body is being shipped elsewhere embalming is not practiced but if buried quickly, the body looks fine, apparently having a siesta.

In between rosaries the wake’s mood is cheerful as stories are swapped and laughter shared.

If being cremated you rent a metal coffin for display purposes.

The following day is the funeral, called one’s ultimate mass, and the casket arrives at church wrapped in Saran Wrap much like you can have your luggage at the airport.  Today’s burning candle is found in every church containing the spices used to clean Jesus’ corpse before it took off.  The same candle is burned at every baptism as a reminder the baby has to one day die to return to God.

Ironically it was Candlearia, from the German word, Candlemas, or when Germans had mass in candle light to dispel the darkness of winter.  Warmer here we mark February second as both the beginning of Spring and when baptism/funeral candles get blessed and ready to start their year of service.  My pal also burned the candle at home while sick as is the custom.  You can buy the candles on February second in front of the Oratorio.

A funeral mass here is oddly short as it lacks a homily and/or eulogy except in rare circumstances.

Mass cards were given out which is something I haven’t seen since college when, if you missed class for a funeral, you had to bring a mass card to prove you were there.  Mass cards are baseball card sized religious images featuring a prayer on the reverse side.  Vintage mass cards are now costly collectibles.

If being buried a procession is led from the church to the cemetery for interment you’ve seen going through town with fireworks and a band.  My pal was being cremated so instead family heads up behind the mall where two cemeteries are featured including one with burning facilities and a chapel.

At the chapel, and wake and funeral, was a blown-up photo of Lupita from her trip to the Yucatan’s beaches a few years back.  She’s in the back of car looking jaunty and ready to travel.

It reminded me of a month ago telling Lupita one night how sometimes, in my culture, folks with mental issues realize a trip is about to begin to they’ll pack suitcases and place them by a car feeling it is time to travel not realizing the trip is Death and luggage is optional.  Lupita scoffed proclaiming it “Ridiculo!” so the image of her in a car made me smile.

Since the funeral was also on the feast of the Immaculate Heart of Mary attendees were asked to wear blue and white, Mary’s heart’s signature colors as Lupita was an avid devotee.

Actually, in general, funerals are not fashion shows with most dressing casual as you would for mass.  Also, like with mass, children are in attendance.

What I didn’t find in attendance at various events was the abundance of food I’m use to up North.  It could be an economic issue as being ill can drain a family’s finances.  I was reminded of a brother-in-law’s funeral held at his employer’s office complex followed by catered food stations including an ice cream sundae bar my grade school aged children were fascinated by.

Following the funeral there are nine days of rosaries, called a novena, at my pal’s home from a tradition the Romans started of nine days of mourning followed by a party.  A notion the Roman Catholic Church folded into the faith and brought across the pond to Mexico.

Regarding death, poet Octavio Paz, whom has a street in town named for him, once said, “The Mexican frequents death, caresses death, sleeps with death, celebrates death, he confronts death face to face with patience, disdain or irony.”