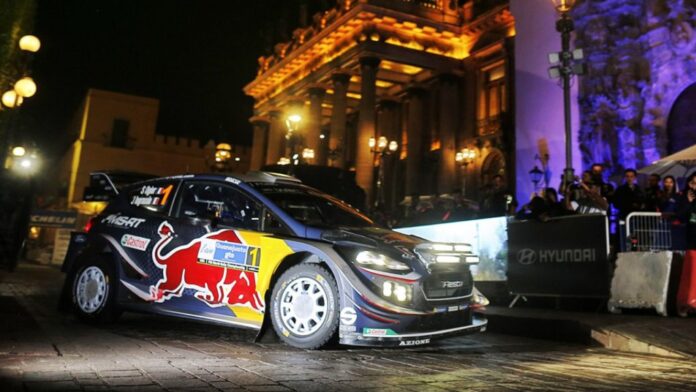 One of the searches carried out by Guanajuato residents is about the 2021 Guanajuato Rally.

UN1ÓN Guanajuato tells you the date on which it will be held, the venues, and the award venue of the also known FIA NACAM Rally Guanajuato 2021.

Date of the Guanajuato Rally 2021

The Guanajuato Rally will be held in a hybrid format from August 13 to 15.

This format was designed according to the “possibilities of traffic lights and being in close contact with the health authorities.

On Friday, August 13, at 8:00 p.m. will be the opening of the Rally in the Alhóndiga de Granaditas, as well as the start of the first timed section in the underground to the Brinco de los Pastitos.

While on the 14th and 15th of the same month, the riders will race 150 kilometers in the Sierra, in the areas of Chichimequillas, San Diego, El Chocolate, Alfaro, Derramadero, El Brinco, and the new stage called Dunas de León.

For the first time, the service area of ​​the pilots and awards will be in Parque Guanajuato Bicentenario located in the municipality of Silao.

The venues for the FIA ​​NACAM Rally Guanajuato 2021 will be Guanajuato Capital and Silao.

Where can you see the Rally

This sporting event will have national and international coverage with Fox Sports, TV4, via the internet and social networks of FIA NACAM.

The 2021 Guanajuato Rally depends on the epidemiological traffic light

If the epidemiological traffic light allows it, the 2021 Guanajuato Rally, the date corresponding to the NACAM regional, will be held from August 13 to 15.

During the presentation of the event, organizers announced the three scenarios that this competition holds. If the yellow color of the traffic light persists, the traditional start in the Alhóndiga de Granaditas and the different sections may be held with a limited number of people, if the rally changes to orange it would have to take place without the presence of spectators and go back to red in definitively everything would be canceled.

“This rally was designed based on the traffic light, what is clear is that if it reaches the color red it will not run, so we are in contact with the Ministry of Health and any action we take will be consulted with the authorities, but all accesses will be they will control and these will take place in small groups ”, explained Gilles Spitalier, director of Rallymex.

According to this, the use of face masks and antibacterial gel is mandatory to enter the Service Park located in the Bicentennial Park, while on the hill people will be distributed in specific areas to preserve social distancing. 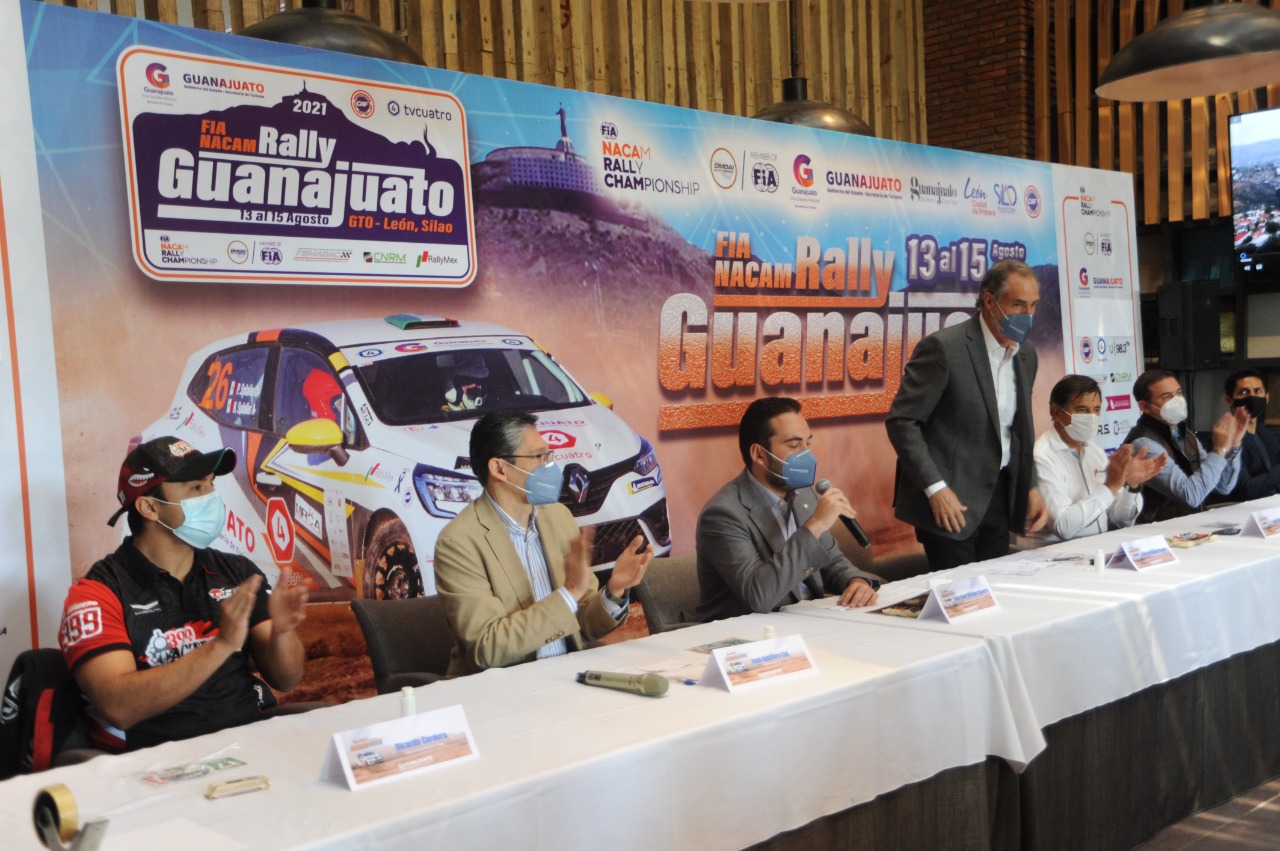 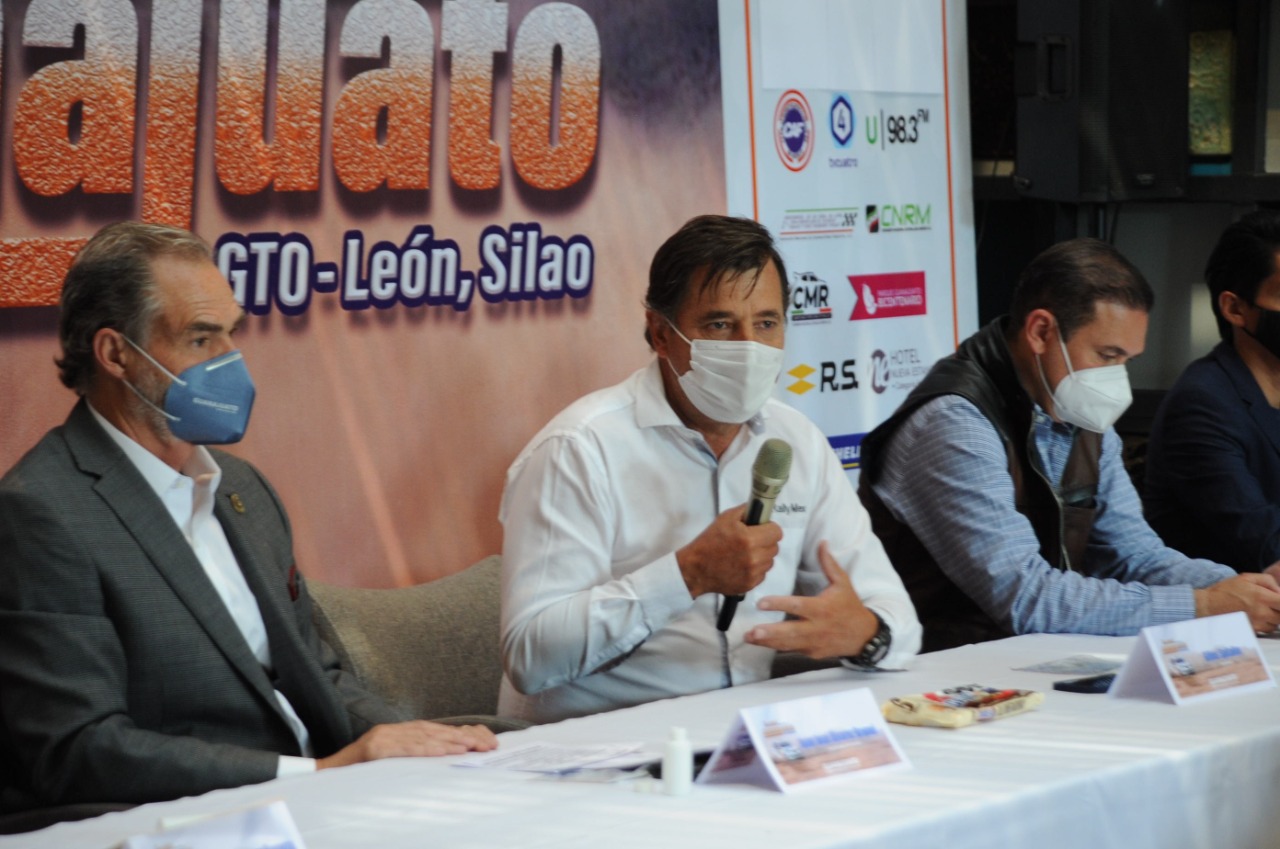 In sports, the rally will consist of 557.84 kilometers, of which 152.93 will be speed and 14 stages will be traveled: Chichimequillas, San Diego, El Chocolate and Dunas de León, all of these on Saturday and even the first three will have up to a triple window, while on Sunday it will pass through Alfaro, Derramadero and El Brinco (Power Stage). It should be noted that most of these sections are part of the itinerary of the Rally Guanajuato México WRC that takes place in March.

More than 30 pilots are expected, among them the Mexicans Benito Guerra, Ricardo Cordero, Ricardo Triviño, Pancho Name and of course those from home Gustavo Uriostegui and Jorge “Cocoy” González. The registration of five cars in the R5 category is expected, which are what currently make up the WRC2 of the World Rally Championship, as well as the Renault Clios that made their presentation last year on dirt roads “guanajuas”.

The NACAM Championship has a presence in Mexico, Canada, and Barbados, although due to the pandemic its calendar has undergone drastic changes.

Juan José Álvarez, secretary of tourism in the entity, announced that that weekend almost 3 million visitors are contemplated and a spill of 6 billion pesos.