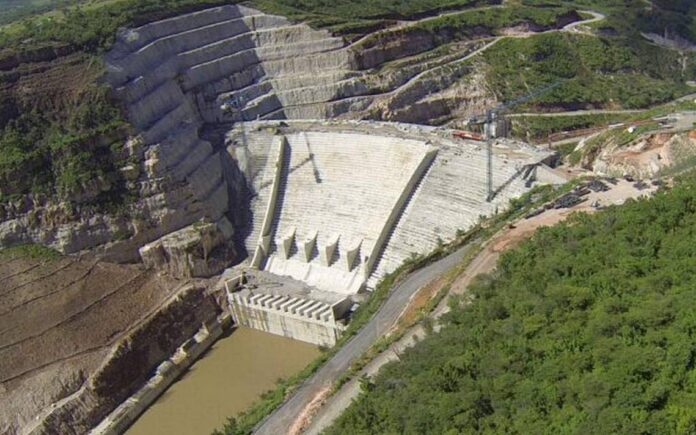 After 10 years of cancellations and negotiations, the construction of the dam has been resumed.

Andrés Manuel López Obrador, president of Mexico, has confirmed the restart of the construction of the El Zapotillo dam, a work that was born 10 years ago as a promise to supply drinking water to the states of Guanajuato and Jalisco.

It is located 100 kilometers from Guadalajara, on the Verde River, and has been promoted by the National Water Commission (Conagua) and the governments of the State of Jalisco and Guanajuato to supply the city of León, Altos de Jalisco region, and the Guadalajara Metropolitan Area.

The Zapotillo dam and its interventions

The Río Verde basin influences the states of Zacatecas, Aguascalientes, Guanajuato, and Jalisco, whose uncompromised runoff discharges into the Santiago River, so in order to achieve sustainable use of water, Jalisco and Guanajuato submitted requests to take advantage of uncompromised fluid.

In 1990, Guanajuato was granted 2.3 cubic meters3 per second and Jalisco 12.2 cubic meters per second, which according to the Conagua decree these measures were considered suitable for each zone, however, the parties did not agree.

The Government of the state of Guanajuato asked the Federal Government for a greater amount of water from the Verde River, to make it drinkable and serve it to the population of the municipality of León, Guanajuato, the reason for this request was that in the state there is 30% of overexploited aquifers and needs alternative sources to serve good quality water to the population.

After negotiations, in 1995 the Official Gazette of the Federation (DOF) approved providing the state of Guanajuato with 119,837,000 cubic meters per year, leaving 384,739,000 per year available for the state of Jalisco.

For two years, both states received the established amounts of water, however, in 1997, at the request of the state of Jalisco, a modification was made to the agreement that had been made, establishing that, from 384,739,000 cubic meters, 12,600,000 cubic meters would be subtracted to be used for production. agricultural, so the reserve for urban use was as follows: total reserve 491,976,000 cubic meters, of which 372,139,000 cubic meters were for Jalisco and 119,837,000 for Guanajuato.

In order to materialize the decree for the distribution of the water reserves of the river basin, in 2005 the Semarnat-Jal-GTO coordination agreement was signed, to supply water to León, Los Altos, and the Guadalajara Metropolitan Area. Given this agreement, the decision was made to build the Arcediano and El Zapotillo dams.

Due to the high contamination of the Santiago River and a geological fault in the area that increased the foundation costs of the curtain wall, the Arcediano dam project was canceled in 2007. It is justified that the Zapotillo dam is one of the solutions to supply the Metropolitan Zone of Guadalajara and an understanding agreement was signed between the National Water Commission (Conagua), Jalisco, and Guanajuato, where a modification of the 2005 agreement was proposed.

In this agreement, it was proposed to increase the curtain of the El Zapotillo dam from 80 meters to 105 in order to take advantage of a maximum volume of 104,068,000m3, that is why the then Governor of Jalisco Emilio González Márquez authorized adjustments to the height of the curtain of the dam, but the president did not have the authorization of the local congress and the Supreme Court of Justice of the Nation ordered to stop the work.

The increase in the curtain implied flooding in the towns of Acasico, Palmarejo, and Temacapulín, deriving opposition from the inhabitants who began a process of struggle for the defense of the territory and presented two constitutional demands against the increase in the height of the curtain of the dam. .

The first lawsuit was promoted by the Cañadas de Obregón municipality, the second demand was presented by the H. Congress of the State of Jalisco against the Federal Executive Power.

By 2020, the dam had an investment from the Government of Jalisco of more than 254 million pesos, according to the mention of the head of finance, Héctor Pérez during his meeting with the deputies of the Special Water Commission.

Now, the federal and state authorities reported that the completion of the El Zapotillo dam has already started the first stage, it will have an investment of 1,189 million pesos for the first phase and 6,825 million pesos for the rest of the project. The dam will be supplying 2,000 liters of water per second for the metropolitan area of ​​Guadalajara and according to AMLO this work will be ready by the end of next year, however, the amount of water that will supply Guanajuato was not mentioned in the announcement.