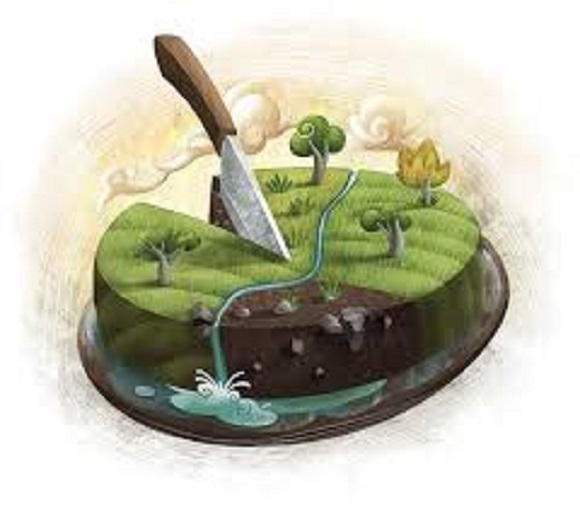 My pal volunteers for a countryside agrarian charity and one day received an offer to buy some land there at a very reasonable price so he took me out to see.  Now, unless you were raised by extremely rude wolves, one knows not to be discouraging though the lot’s appeal escaped me.  It was barren land near neither Dolores Hidalgo nor San Miguel de Allende.

Not wishing to state the obvious I queried about the land being part of an ejido (pronounced eh-hee-dough), or land set aside for indigenous and pondering if a foreigner could own land there.  That led me down the long and fascinating history of ejidos.

An ejido is an area of communal land mainly used for agriculture, on which community members farm designated plots and collectively maintain communal holdings.

To understand why ejidos came to be let’s go back to 1930 San Miguel de Allende when the town featured:

Contrast those numbers to there being 6 grain wholesalers.  Since the late 1700s when our town lost the textile edge to Leon, agriculture has been king.  The main crops were corn and beans but also barley, wheat and alfalfa.  The city itself featured over 14,000 fruit trees.  The countryside had over 60,000 head of cattle, sheep, goats, pigs and mules.

After the Mexican Revolution of 1910 the federal government created a communal resource-holding institution, called ejido, to redress long-standing land inequality.  As part of the 1917 Constitution ejidos were intended to end exploitation by large landowners and activate economic development.

Ejidos were government land grants for usage, but not ownership, plus the right to inherit the land as long as the fields were maintained in production and they remained members of the community.  Ejidos existed side-by-side with the private property sector.  As a result millions of indigenous farmers were no longer dependent on landowners but were directly linked to the land they farmed through their ejido.

Between the 1930s and late 1970s, ejidos were formed from federal and previously privately owned land until about half of Mexico’s entire land mass was transferred into ejidos.

In 1930 the countryside around San Miguel de Allende featured 250 large estates or ranches, often formed from the Spanish hacienda system.  By 1940 47% of all arable land was in ejidos and half the rural population lived on them.

Cruz de Palmar was the first official ejido here in 1931.

In reality, the land assigned to ejidos was often of lower quality and therefore inherently less productive than privately held land, a story any US Native American can display on their reservation.  Still, subsistence production remains an important survival strategy for many Mexicans.

By the 1970s and 1980s the countryside around San Miguel de Allende was a mosaic comprised of small and medium sized private properties intermixed with ejidos.

By 1990 rural lots had become more attractive for people seeking greater tranquility with larger, cheaper lots than can be found in the city, think Oliver and Lisa Douglas moving to Green Acres.

At the same time agriculture was replaced by tourism as our economic bread and butter.  Suddenly lots used for farming since the Inquisition/Colonial era (1520 to 1820) were far more valuable as potential sites for a hotel, water park or gated community.

By 1992 there was a constitutional amendment allowing the sale of ejido land if approved by the ejido council opening up a giant revenue stream for real estate attorneys.

For example, could, as an Atotonilco ejido did, permit the sale of land to build a golf course?  It defeated the original purpose of providing the poor indigenous self-sufficiency in the production of food.  Yet, perhaps, working on a golf course was more attractive than subsistence farming.  The jury is, literally, still out.

So should you buy ejido land? I’m not a Mexican real estate attorney one needs to verify title, and few will assist you as it can take years.  Even if your lot garners a title in your name, there is first right of refusal to the other members of the ejido, workers of the land, and any family members before you can sell the property.

I don’t recommend to buy land in an ejido unless you have excess money, time and legal representation to complete the process.

Suffice to say my pal backed away from the offer which was probably for the best.  There is still plenty of easily titled land available for sale for Eva Gabor and you to “give you that country life”!  Toot, toot!