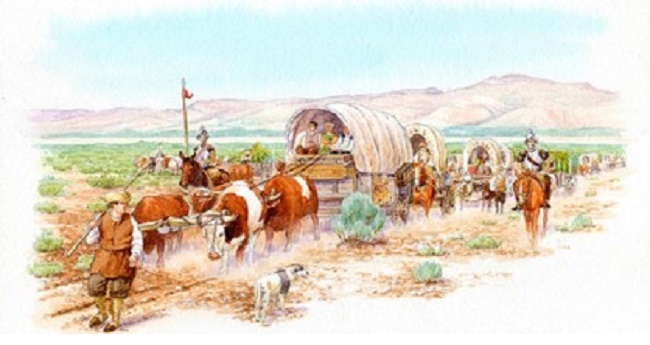 San Miguel de Allende is a marvelously preserved colonial town because of its strategic geographic point in Colonial Mexico and the formation of a unique creole culture kept alive in our ceremonial fiestas and fireworks.  The religious and civil architecture, combined with the colonial era layout of town, continues to influence both what and how we celebrate.

San Miguel was on the border of the Spanish empire with mining communities lying above us and former Mesoamerican sites of power and influence below.  San Miguel sat on the Silver Route, or the North/South spine for getting silver to Spain and supplies to the mines.  Not only was the town not built on top of a former Mesoamerican urban site, but we featured an Hispanic, not pre-Hispanic, name (for example, Guanajuato or Queretaro versus San Miguel).

In Colonial San Miguel one found art, culture, business and society in a melting pot mixed with the greatest religious and educational opportunities available in the Americas.  Philosophy classes taught at the School of San Francisco de Sales (now the legal campus for University of Leon) displayed extraordinary intellectual and spiritual vitality.  All these factors combined generated not only an outstanding town but also political restlessness that started the War for Independence.

Between 1730 and 1760, the spaces of power and control of the town like royal homes, the jail and the corn exchange house were moved from Plaza de la Soledad, now called Plaza Civica, to the jardin, home of our parish church, or Parroquia.

The jardin was first planned from East to West, as the church of San Rafael or the Santa Escuela, was oriented this way. Town’s four main streets went from East to West: Mesones, San Francisco/Canal, Correo/Umarán and Cuadrante/Hospicio/Pila Seca.

The Parroquia was then oriented from North to South therefore increasing the importance of North to South access to town and those routes formed and flourished.

With time, the urban framework began taking form with the diversity of public plazas, sites to which the San Miguel’s citizens gave life with their religious celebrations around the springs, fountains, plazas and gardens. Thus, the 18th century is the Mexican Colonial Golden Age, with the architecture and lay-out of San Miguel reflecting that.

The Baroque architecture of San Miguel combined with being the hub of education, religion, culture and rebellion set the town apart from others on the Silver Route to this day.